Luton has great transport links reaching many major cities by road, rail and air making it an ideal place to invest and grow.  You can access over 23m people within two hours’ travelling time from Luton nationally and across Europe. 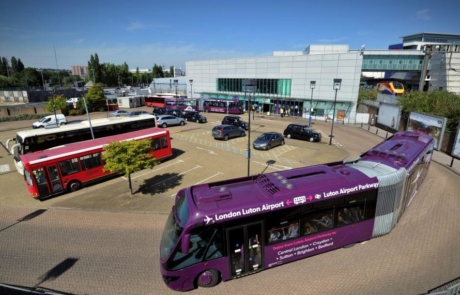 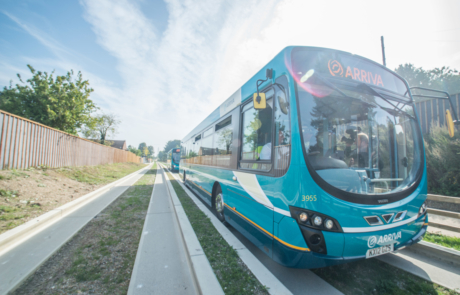 Luton is located 22 minutes from London St Pancras International by rail and 30 miles from north London by road. There are three rail stations and two M1 junctions enabling easy access to towns and cities in the north and south of England.

Completion of works to M1 Junction 10a has greatly reduced the queues and congestion that motorists previously experienced and has significantly improved the safety and reliability of journey times for motorists and business transport. Luton is also a short distance from both the M25 and A1.

Luton has three train stations within the town. Regular train services are provided by Thameslink and East Midlands Main Line providing links to towns and cities to the north of Luton including Bedford, Leicester, Derby, Nottingham and Sheffield and to the south within London, Kent, Surrey and West Sussex.

London Luton Airport (LLA) is one of the UK’s busiest airports, carrying 58 million passengers in the past five years despite the pandemic. The airport offers flights to 130 destinations across Europe, Africa and Asia and continues to expand its route network, with airline partners that include easyJet, Wizz Air, Ryanair, Tui, Blue Air, FlyOne, Sun Express and El Al. LLA’s expanded range of airlines and routes, including more frequent services to popular cities, is set to continue with anticipated new flights to exciting new destinations. LLA is among the major employers in Luton, supporting thousands of jobs and adding around £1.1 billion to the regional economy at the beginning of 2020. The town of Luton and the airport work hand in hand with each other. Pre-pandemic, the airport contributed over £3,400 to the UK economy every minute of every day, providing over 10,000 jobs and supporting a further 18,000 through the supply chain.

A guided busway provides bus operators with a unique opportunity to run their buses unhindered through areas of the Luton and Dunstable conurbation.

Luton has an abundance of local talent; it is home to the University of Bedfordshire, with over 24,000 students. It is the largest higher learning institution in the county, providing excellent opportunities for more people to access top quality education.

The university has helped graduates lead to successful careers including those who are now working for companies like CBBC, BBC radio, TUI UK amongst many more. Luton is best placed from major universities in Oxford, Cambridge and London giving access to advanced research and highly qualified people within a few hours of travel.

Companies like Vauxhall Motors, easyJet, and TUI UK & Ireland are headquartered in Luton.

Luton is home to major companies like Astra Zeneca, Leonardo, Wizz Air, Harrods Aviation, Hayward Tyler amongst many more and attracts many talented and skilled individuals.