Why invest in Luton

Luton is one of the UK’s best opportunities when it comes to business and investment with its unrivalled combination of superb infrastructure, great access and a skilled workforce.

With a population of over 213,000 it is recognised as being one of the youngest and most diverse towns in the country. Situated only 30 miles north of the capital, Luton has easy access to major cities due to its excellent road, rail and air links. It has three dedicated railway stations, with London only 22 minutes by train, making it one of the most affordable commuter towns in the UK.

London Luton Airport (LLA) is one of the UK’s busiest airports, carrying 58 million passengers in the past five years despite the pandemic. The airport offers flights to 130 destinations across Europe, Africa and Asia and continues to expand its route network, with airline partners that include easyJet, Wizz Air, Ryanair, Tui, Blue Air, FlyOne, Sun Express and El Al. LLA’s expanded range of airlines and routes, including more frequent services to popular cities, is set to continue with anticipated new flights to exciting new destinations.

LLA has invested over £160million to transform the airport, significantly improving the passenger experience and increasing the airport’s annual capacity by 50 per cent, from 12 to 18m per year. The airport’s annual economic impact is forecast to increase by £1bn, to £2.3bn per annum, creating an additional 10,000 jobs by 2030. 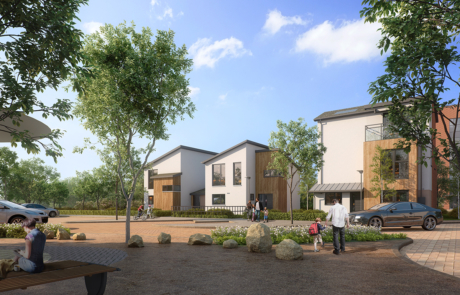 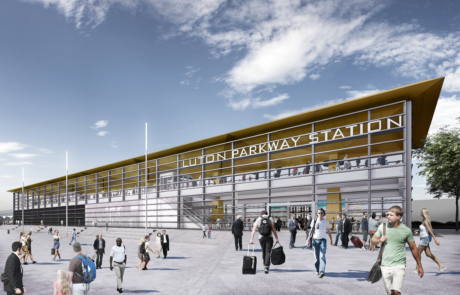 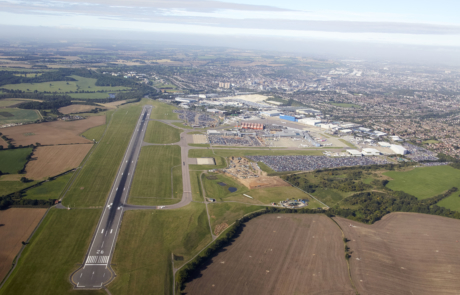 Further investment in the airport facilities and new infrastructure projects such as Luton DART due to open in 2022 (Direct Air-Rail Transit) will speed travellers from Luton Parkway station to the terminal of London Luton Airport in under four minutes. The provision of an accelerated house-building programme, development of employment sites and growing the airport to connect to the world will also act as a catalyst for Luton to become a leading hub for green technology, research and creative industries.

On 27 October 2021, the government approved Luton’s bid for Levelling Up Funding. Luton will receive £20 million in funding to develop a mixed-use development on an existing brownfield site at Bute Street, to provide 372 new homes, 7,000sqm of high quality workspace, 2,000sqm of community space, a new cycle hub and improved public realm. This will act as a catalyst for unlocking further investment and regeneration as part of Luton’s Town Centre Masterplan, part of Luton Council’s wider vision and strategy to ensure an inclusive economy and carbon neutral town by 2040.

The Luton Employment and Skills Strategy 2022-2027 has recently been launched by Luton’s Employment and Skills Partnership Board (ESPB) in collaboration with key stakeholders, education providers, local employers as well as the voluntary and community sector. The strategy has a number of key objectives including skills driving economic recovery and growth, developing a pipeline of talented people and growing the existing skilled workforce in the town.